There is an association between the digital universe and mental health

Each era has its own beliefs and ideas, accompanied by significant phenomena. Simply said, the spirit of the time — an exact translation of the German word zeitgeist and nowadays an international term. A magazine of this name, produced by a German initiative, assembles various visuals and viewpoints that represent our current era.

My contribution to the magazine comes in poster form; it combines text by Annika Soja & Lena Manger with glitchy ‘zeitgeist’ lettering. This visual statement is inspired by a relatively recent but impactful marvel of today’s society — social media. As a free-speech platform for any kind of content, it’s a great servant, but at the same time it is a horrendous enemy. Although this parallel universe hasn’t existed for very long, several social, psychological and behavioural studies already warn of its dangerous effects. Many of us have experienced inconveniences related to passive or active social media use; there is undoubtedly an association between the digital universe and mental health. Hyperbolically, the realm of the ‘other world’ is open to much misinterpretation, easily bending reality.

If you have ever posted a picture on social media, you know how it feels to be liked. Kind of nice, right? External, countable validation raises the level of dopamine in the body, also known as the happiness hormone. It is easy to become addicted because everybody wants to be instantly happy, especially those who struggle the most. Lack of personal attention is expressed in various ways through social platforms. The most endangered group is teenagers, who often experience anxiety related to low self-esteem. This results in the constant checking of phones or in sustaining multiple conversations with several friends at once.

Passive use of social media by scrolling and liking, can also rapidly change one’s perception of reality. Standards in an ideal parallel world become the new normal, and in comparison to the real world, it looks a lot better too: nicer, richer, funnier, healthier, more adventurous, more successful, full of love. And what is the response of those who are weaker? Social media envy, depression, anxiety and stress caused merely by the fake reality, putting pressure on everyone out there who is living a real life.

The composition of the poster is based on those notions of distortion and altered perception. That sense of deformation was condensed to form the broken lettering of ‘zeitgeist’, becoming the main motif and occupying most of the page. A stack of black, apparently random rectangles serve as ideological shorthand for this optional realm we love to watch or create. As well as a reminder that we must all take it with a grain of salt. 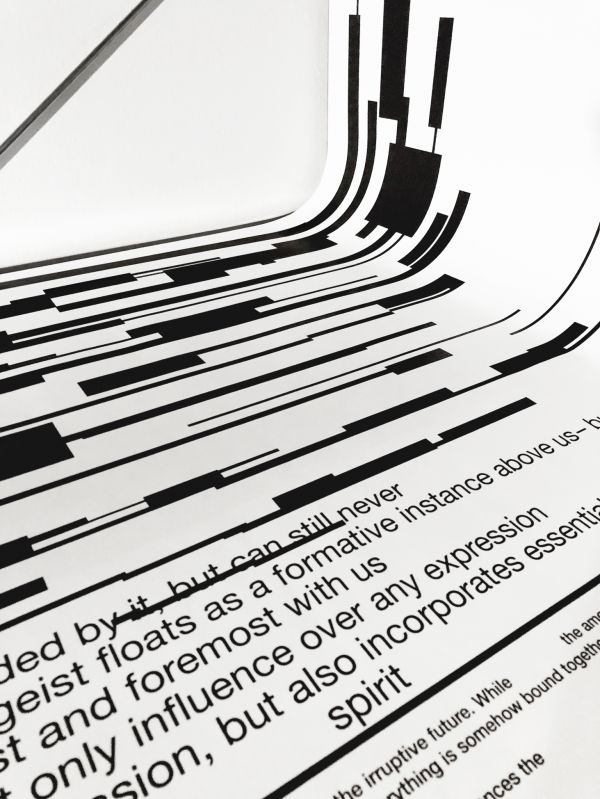 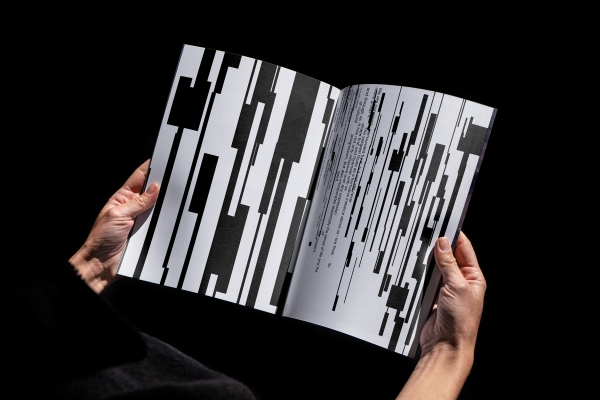 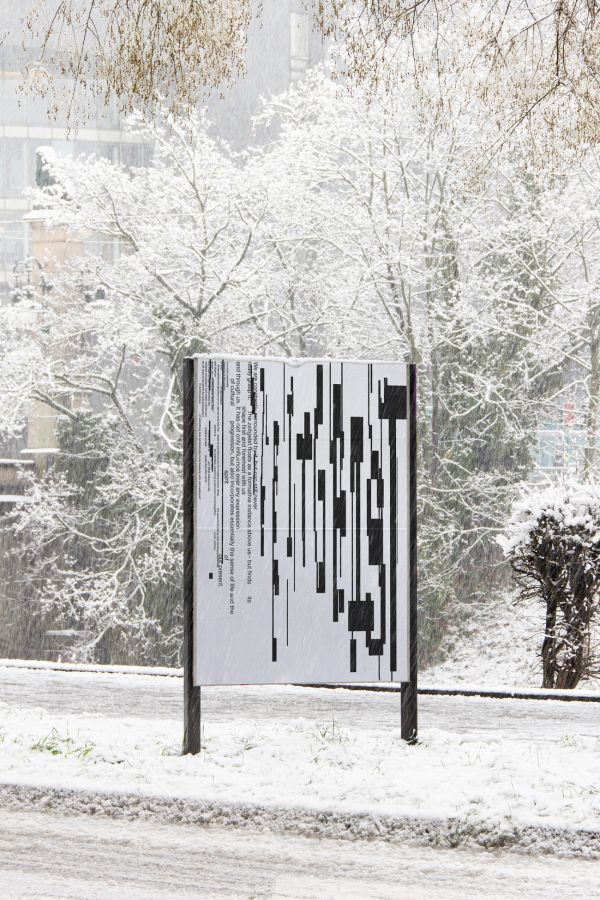