We are losing our natural way of connecting

Communication is based on changing the information, ideas, thoughs or messages between at least two people. We know different possible ways of communication - oral, written and non-verbal such as gestures, face expressions and movements.

We all can see the difference in communication, which is changing. Especially in last few years communication has gone through great evolution. The opportunity of being in contact 24/7 with someone, while the distance between two doesn’t matter, has changed a lot in the natural behavior of people when trying to communicate with each other.

Virtual communication is a mode of communication that somehow includes the use of technology such as audio and video to communicate with people that are not physically present in front of us. Of course, virtual communication has got a lot of pluses, but hand in hand with minuses. For example, in Slovakia, these days it's totally weird to say someone, who is complete stranger for you, “Hello there, how are you?” Normally when you use public transportation or train, you only see people looking at their mobile-phone or notebook screens. This kind of starting a conversation became normal mostly only on social sites.

People have no problem to start random conversation with someone, who they really don’t know and have never seen or met before. But just virtually. We are loosing our natural way of connecting with new people in the streets, outside, in real life - real world. It is beggining to be better to live our lives at social sites - there we can be anyone, we can make oureselves better.

I have made few prints using facebook status bar, and written there “Today is beautiful day. I am feeling great, enjoying it. But what about you? How are you, and how is your day so far?”. And also friend request tool and written there “virtual vs. real friendships”. I used reaction emoticons from like section, too. With those transparents I went into the streets, trying to have some response and interaction with people. Their reactions were interesting. Some of them just read the text, and told me how is their day, and then we started spontaneous conversation, initiated in the theme of communication in 21. century.

There were different opinions, but mostly the older generation (45-70 years old) was not a big fan of this new, technology-based communication, and was a bit sad because they think it’s only going to be worse. On the other side, younger generation was more than okay, I have met few young people which started to oppose me and defending a lot easier, faster and more effective way of communication and receiving new informations through internet and mobile-phone.

This phenomenon nowadays is fascinating, because we have got older generation of people, which are used to real communication face to face, in real time, and on the other side we have got young generation which was raised with new technologies and is more used to it. 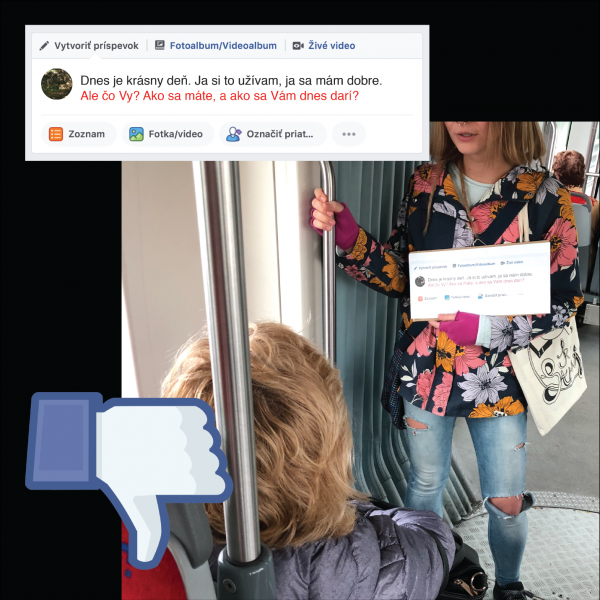 Having a dialogue about communication in the tram 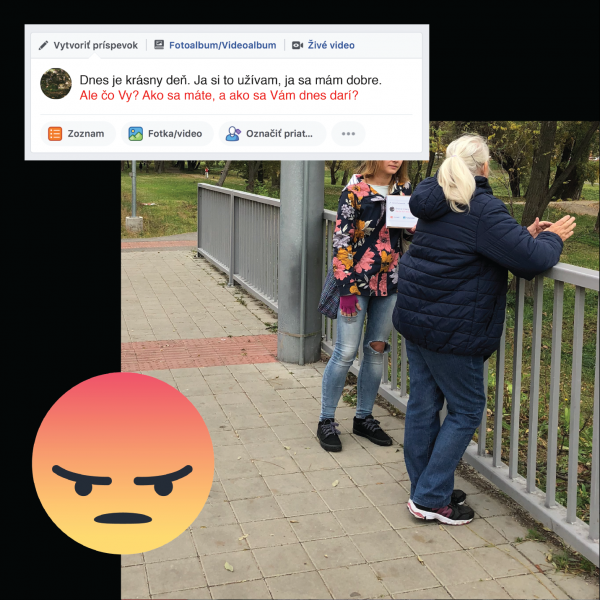 Dialogue on the street with older generation

Dialogue on the bus stop with younger generation 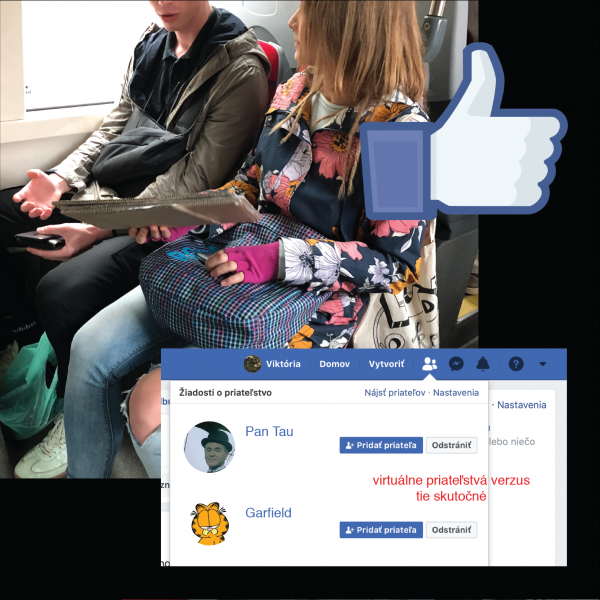 Dialogue in the tram