Project    Hoaxes Outside of the Virtual World

The project originated as a critique of internet hoaxes, which are nowadays spreading very fast through the virtual world, having a great impact on society, politics, environment and many other fields as well, thus becoming an everyday issue. The reason why this is happening is that it is very easy and comfortable not only to create these type of information but also to pass them on and spread them, often anonymously. People are too comfortable to verify the truthfulness of the information or to recheck the source of the particular article or video. Verification requires effort, while just sharing is so easy.

My idea was to transfer a hoax from the internet to reality by finding a parallel misinformation. Online we are able to scroll through hundreds of articles or notes, not knowing what their credibility is like. However, in the real world, we are barely used to purposely false information, created only to confuse and mislead people. When a person follows a misleading fact in real life, the consequences are more visible, often with a serious impact. Main goal of my project was to make people face these misleading facts outside and physically walk a certain route to think about the impact of a negligible fiction.

I decided to implement this project in the place where I live. Devín is a well known tourist showplace, mainly due to the old castle ruin. Since I lived here for a long time, I noticed that even if there is an orientation system, showing how to get to the castle, people usually don't know what way to take to get there. Therefore I decided to make "fake navigation" to the castle, especially for tourists visiting Devín for the first time. I chose this type of information because I was sure they will "verify" its truthfulness whether they want or not. Since my intention was not to get the tourist lost, I decided to place the navigation signs in spots where it was at the first sight obvious that they are wrong. The arrow was pointing not to the castle but right to the opposite direction, which made the sign even more absurd.

I designed several versions of signs of different sizes, placed them in various areas to study which of them would work the best and be the most visible for tourists. I realized that signs sprayed on the ground were most visible mainly for people in small groups or in pairs. Negative signs using a lot of black space were generally better noticeable.

Reactions of people passing by were generally positive. The project successfully carried the message without misleading people and even made many of them laugh. Ultimately, the project "returned back" into the virtual world due to the tourists taking pictures of them. 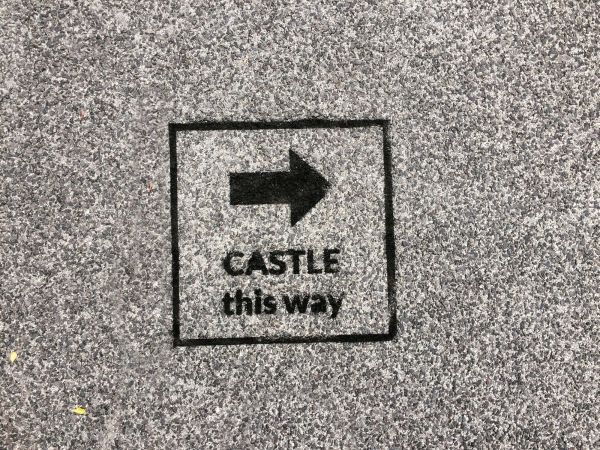 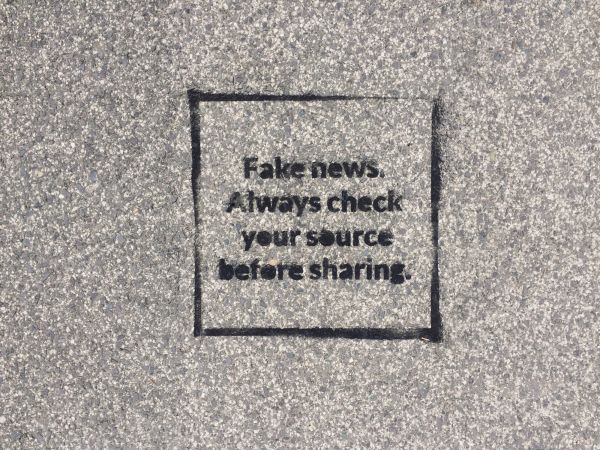 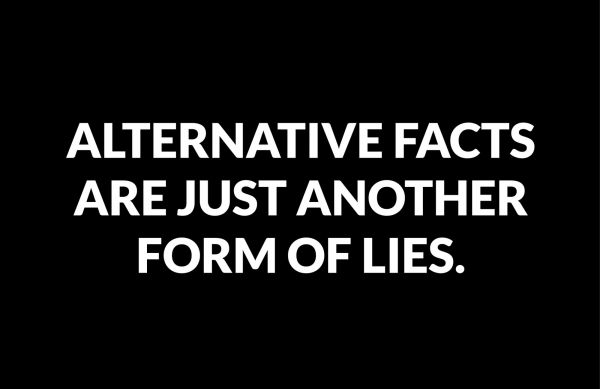 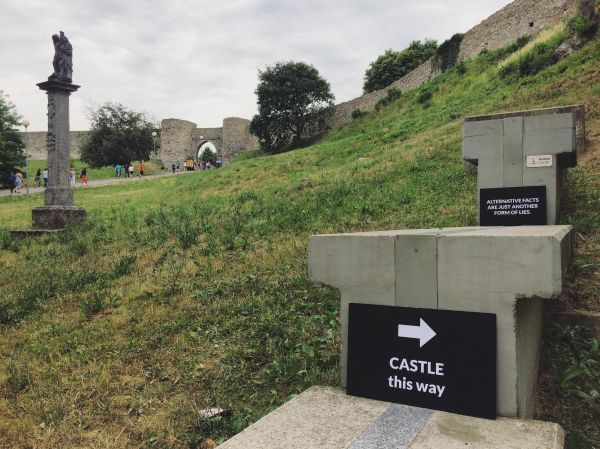 Signs implemented in front of the castle gate 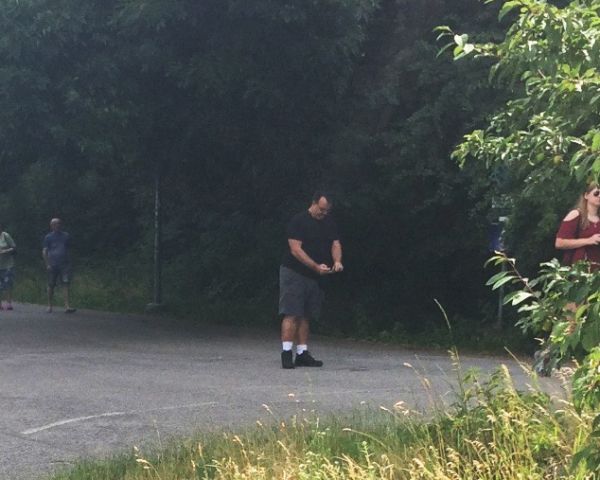 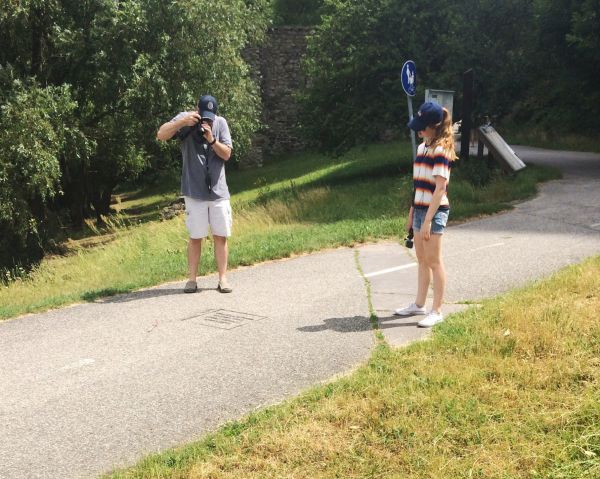 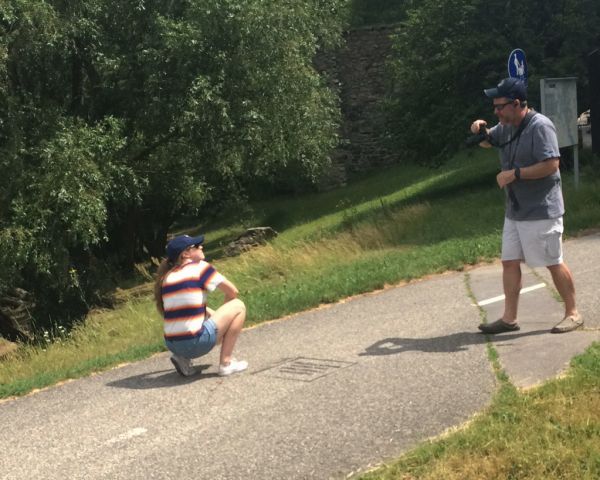 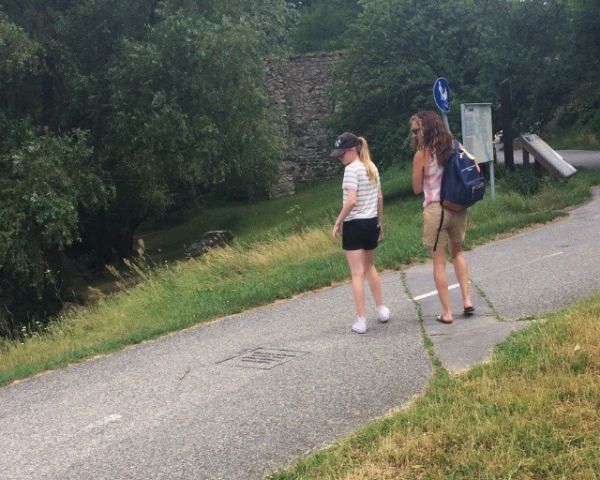 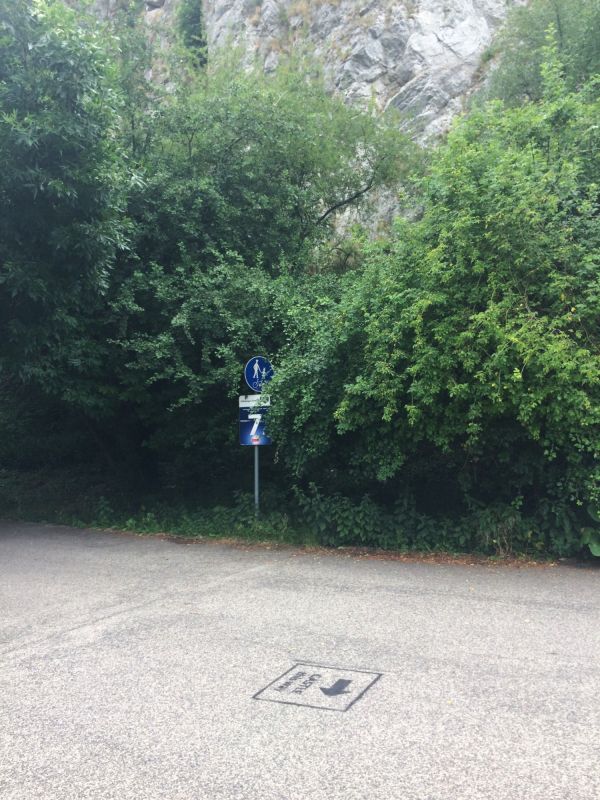